We are proud to announce that 21212 is the winner of the Brazil Startup Awards competition, powered by TNW. The Next Web Conference Latin America will be held in Brazil on 28-29 August 2013. Read the official release by TNW here.

The competition’s objective is to find the hottest startups and investors in the region. With over 2,000 nominations submitted by the public to a shortlist of 5 finalists per category, we are happy to be chosen by popular vote as the hottest – which is a great word to describe us :) – investor/accelerator in Brazil.

We would also like to congratulate all of the winners, which include one of our startups (EasyAula as the Best Consumer Startup in Brazil) and one of our entrepreneurs (Sebastián P. Saaibi, from Aentropico, as the Best co-founder). 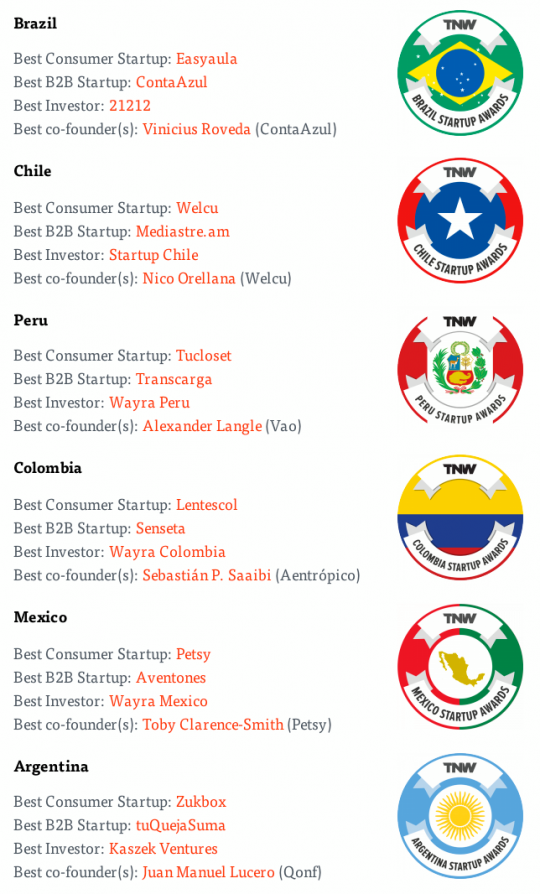