This guest post was written by Eliot Brockner. Eliot is a former 21212 intern who is currently pursuing his MBA at Columbia Business School. You can follow him on twitter at @EBrockner.

The economy may be cooling and laws and regulations for foreign investment in Brazilian companies remain as complicated as ever, but there is no denying that the market for startups in Brazil is hot. There is a confluence of growth indicators in Brazil that signal huge opportunity in this segment.

The numbers are staggering. Between 2007-2011 the e-commerce industry experienced compounded annual growth of 24%, and is expected to keep growing from US$18.7 billion to US$26.9 million by 2015. Year-over-year growth on the major social networks in Brazil has been even more robust. The country experienced 192% growth in Facebook users, 40% growth in Twitter users, and 206% in Tumblr users, catapulting it to the world’s second largest market for these websites. Fueling this growth is the increased number of internet users in Brazil; in 2012 that number reached 82.4 million. Mobile phones – long popular in Brazil – are becoming more advanced with 15.4 million smartphones and 54.3 million 3G devices in use in the country at the end of 2012.

So 2013 is sure to bring a wave of new investments – both foreign and domestic – into this growth market. But how will those investments happen? How are investors deploying capital in Brazilian startups? 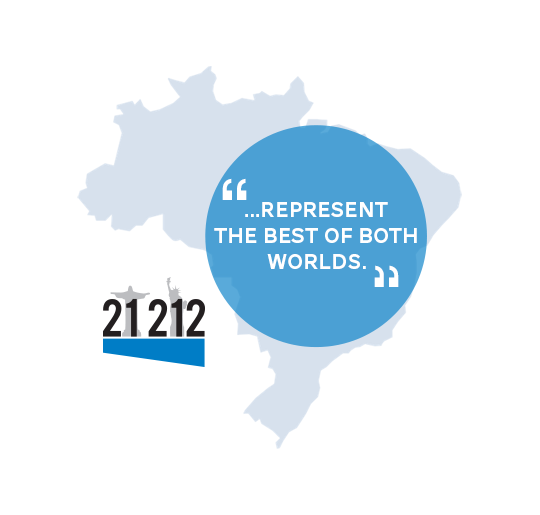 One way these investments will continue to pour in is via traditional VC firms. The biggest Brazilian VC headline in 2012 was Redpoint e.Ventures announcing the launch of a US$130 million fund focused on the country. For LPs in these VCs, this method has several advantages. One is the sheer amount of capital at these firms’ disposal relative to other investment vehicles (friends and family, angels, etc.). Cash is king and especially for the cash-intensive e-commerce successes of 2012 in Brazil (baby.com.br, Netshoes, and Dafiti, to name a few). These VCs are run by entrepreneurs and finance professionals with deep experience, know-how, and connections to the Brazilian market. Because there are so few VCs, competition is limited, so they often can have their pick when it comes to entrepreneurs and companies. It’s also common for VCs to co-invest and share the risk and upside from an investment with others. In 2012 we saw this in deals like MadeiraMadeira, Oppa, and Peixe Urbano.

All of these advantages, of course, are contingent on one big factor: access. Although traditional VCs present the biggest tech investment opportunity, getting to them can be tough, as only a handful of VCs have a sustained, long-term presence in Brazil. The small number of traditional VCs focused on Brazil means not only that competition is limited, but that there are only a handful of places to put money. While this is an advantage for the funds themselves, as they face less competition for the most promising startups, it is a disadvantage for potential LPs. Options to invest in a traditional VC are usually limited to larger institutional funds (“funds of funds”), friends/family of someone raising a Brazil-focused VC fund, or very wealthy individuals and family offices with a history of VC investing.

Another method is to invest directly as an angel investor. This method allows investors to gain access earlier, typically for less money, to an enormous online marketplace that still has room to grow. The potential returns are huge and initial investments can be spread across different companies in different sectors.

Angels beware: There are a few risks with this method. One is that the growth of the Brazilian economy has led to an enormous startup boom around Brazil and a new generation of companies trying to make it. While in the long run this is fantastic news for the Brazilian startup ecosystem, it makes it harder for angels to identify the best companies and entrepreneurs, so the logistics of running around and meeting many entrepreneurs is a significant cost and makes it harder to make many bets, thus decreasing the odds of success. But this sourcing complication is just the beginning. Once the angel has decided she has found the perfect startup, she often must mentor the startup (not a passive investment) and navigate a complicated legal system as a foreign owner with a stake in a Brazilian company. She must also evaluate her potential personal liability in case something goes wrong. Without a trusted entrepreneurial, financial, and legal network in Brazil, angel investing can be akin to shooting darts at a growing target: more surface area, but a smaller probability of hitting the sweet spot.

Accelerators present another vehicle for those looking to invest in Brazil. In many ways, these accelerators represent the best of both worlds. Because their portfolio companies must go through a rigorous selection process, investors can be sure that the companies have been ‘vetted’ by those with the eyes and ears to spot a good company (many of the accelerators were founded by successful entrepreneurs). And because accelerators typically work with many more companies per year than a VC, an investor is getting access to many more deals and thereby diversifying risk. The upside is theoretically greater as well, because accelerators typically begin working with a company prior to a Series A venture capital investment, meaning higher returns for the winners. Investing in an accelerator is a great source of “deal flow” for investors looking to become angel investors in a later round of the most successful companies coming out of the accelerator.

Accelerators also offer significant support to companies in the form of mentoring, shared work space, web services, marketing, design, and technical assistance, all of which can help give fledgling companies their best chance for success. Good accelerators provide an on-ramp to the local and international investment community of angels and VCs, thereby lowering the risk that a startup won’t be able to raise its next round of capital. By grouping together entrepreneurs from different companies, it becomes easier for the collective to solve common technology or business problems. Accelerator alumni networks grow fast and provide lasting connections to talent, business development opportunities, and complementary products and services.

Yet accelerators also have their pitfalls. Many Brazilian accelerators take significant equity in exchange for their services, which could discourage proven entrepreneurs with viable business ideas from pitching in the first place. Joining the rush of startups in Brazil has been a glut of incubators promising to accelerate them; investors must vet these accelerators the same way they do startups, which can be time consuming. Lastly, some accelerators have a focus (B2C, mobile, etc.) and thus tend to only work with one type of company, ignoring or rejecting potential big-money opportunities available to investors looking outside of the focused incubators (such as the BNDES-backed, technology-focused Criatec I and Criatec II funds).